Welcome to my blog stop on the blog tour for: 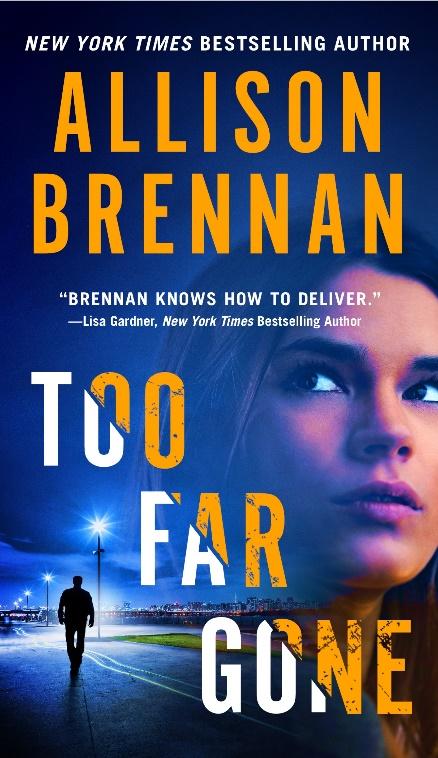 When a man who appears mentally unstable holds a group of people hostage and dies in a shootout with the FBI, Special Agent Lucy Kincaid is assigned to investigate what happened. Up until two months ago, McMahon was a respected scientist—then his wife left him, he lost his job, and was arrested for assaulting a former colleague. The one person who might have answers — his research assistant — has disappeared. While Lucy is investigating this bizarre case, her husband Sean is on top of the world: his son Jesse is visiting for the summer. They are having a blast, until someone follows them. Sean is positive that the surveillance is connected to Jesse’s step-father—a man who had once laundered money for a violent drug cartel. But when Lucy and Jesse are run off the road, they begin to wonder if the attack is connected to Jesse … or Lucy’s current case. Nothing is what it seems—not the McMahon investigation or the car accident. As Sean and Lucy dig deep into the lives of everyone involved, one thing becomes clear: If they don’t find the truth fast, everyone they care about is in danger.

Note: As stated under the Source (above), I received this book for free from St. Martin’s Paperbacks. I pride myself on writing fair and honest reviews.

Thoughts: Despite being the 14th installment in this series (14th!), the Lucy Kincaid series is new to me, as is the author, Allison Brennan, so I had no idea what to expect going in. Typically, I try to avoid reading books that are midway through a series I’m not familiar with, but the cover was so appealing that I accepted without any research. Thank goodness I’m a sucker for a great cover because I would have been missing out. This is a fabulous read!

At 496 pages (though that includes an excerpt for the next installment, which I can’t wait to get my hands on!!!), it was a bit longer than the average book, but I breezed right through it. In fact, in the last hundred pages, I was already starting to mourn the ending of the book, despite having no idea what was coming next. I just knew I wouldn’t be ready to leave the world of Lucy Kincaid so soon (thank goodness there are thirteen books that came before this and another on the way!).

So what was so great about it? I suppose just saying everything wouldn’t cover it. The character development was excellent. Lucy is a great heroine: smart, passionate, fair-minded, easy going, likable, relatable, loving, resilient, and strong, but not hardened. She is an FBI agent with a psychology background, married to Sean who’s family has a security business (intense, high-risk stuff, not security guards), and between the two of them, they have connections everywhere. There were a lot of characters from several different agencies involved in the two investigations covered in this book, and not having read any of the previous books in the series, it did take me a little while to get comfortable with who knew whom how, what agency or outfit each person worked for, and in what capacity. However, that in no way detracted from my enjoyment of the book, instead making me wish I had available time right this second to dig into the beginning of the series and learn all those little things that can’t get covered in the “catch up” bits of a later book.

So, if I loved it so much (and I did!), why only 4.5 stars? Jesse’s narrative didn’t feel as natural as the rest of the characters. He’s a thirteen-year-old boy, Sean’s son and Lucy’s stepson, who has been going through a rough time. I’m not sure if it was his maturity level or his thought processes, but it just didn’t feel realistic. To be fair, I don’t know if the problem is me – I’ve never been a thirteen-year-old boy, nor are my boys yet thirteen – and I frequently struggle when reading narratives from this age group. I don’t know if that’s me or if that is an age that is particularly difficult to write. But, it felt off to me somehow.

Still, 4.5 stars is tremendous in my book! I sat down with the intent to read for an hour or two and instead read until 1 AM, cursing the fact that I had to get up early the next morning because it was a school day. Within the first few pages, I knew it was going to be well-written. By 70 pages, it was unputdownable, and that held for the remainder of the book.

If you love thrillers, I simply can’t recommend this book enough.